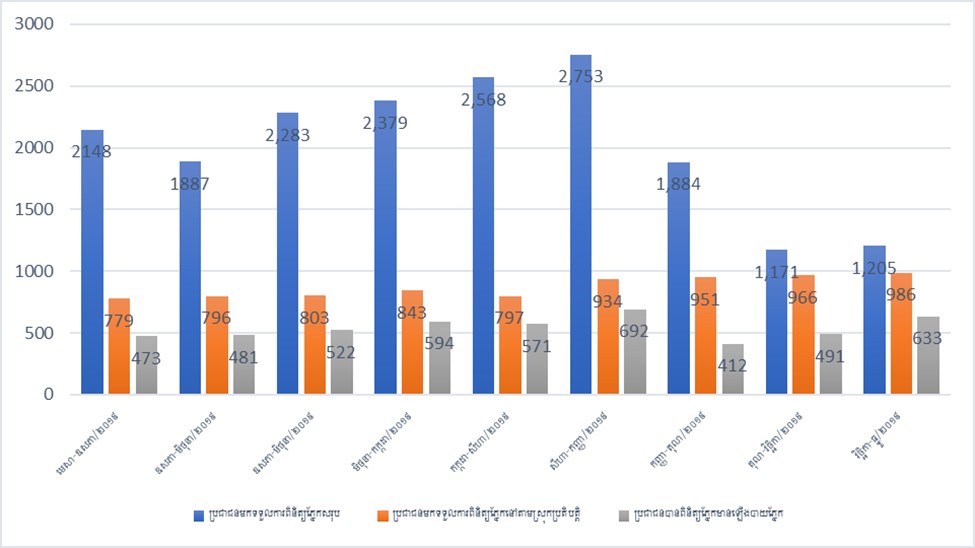 The initiative aims to raise community awareness regarding cataracts and to increase access to free eye services for people with this problem at Kampong Cham Provincial Hospital.

Since April 2019, the National Center for Health Promotion has developed health education materials for outreach campaigns that aim to eliminate cataracts, such as:

The National Center for Health Promotion has offered cataract training to provincial health officials, executive district officials, representatives of health centers, and district, community and village authorities to maintain awareness of cataracts in their respective areas.

In collaboration with Kampong Cham Provincial Health Department, the National Center for Health Promotion organized a health promotion workshop on May 28, 2019 aimed at eliminating blindness due to cataracts in Kampong Cham province. About 200 people attended the workshop, which was presided over by Kampong Cham's governor. This campaign is supported by the One Belt One Road project.

In Kampong Cham province, eye health promotion activities have led to an increase in the number of people receiving cataract services, now at 6,208 people, and customers are satisfied with these cataract services.

Share
Copy link URL
Back to the previous page